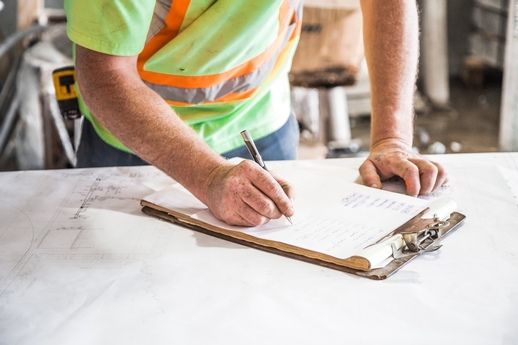 In 2017/18, the HSE released its findings summarising statistics surrounding health and safety at work. While the report outlined a variety of insightful statistics, one of the most shocking relates to the locations in which workplace fatalities take place. Indeed, while accidents happen within different industries throughout the UK, the HSE’s research found that fatalities are more likely to happen in more places than others.

In fact, based on UK averages, workers are more likely to die due to an incident in the workplace in Wales than any other part of the UK, with Scotland coming in at a close second. On the other hand, research has shown that people that live and work in the South East of England are least likely to die due to an accident at work.

5 most common causes of work-based fatalities in the UK across the 2017/18 period:

Figures indicate that, on average, every 40 minutes someone in the UK dies from lung disease that can be linked to past workplace exposure. Shockingly, 20% of annual lung disease deaths occur as a direct result of Asbestos-related lung cancer. Although awareness has been introduced as a key part of workplace health and safety, Asbestos related fatalities still account for a high percentage of work-related deaths.

Research also found a trend regarding work-related fatalities based on age. As to be expected, the older you are, the more likely you are to have an accident in the workplace. Specifically, figures indicate a significant increase in workplace fatalities from the age of 35, with the likelihood increasing up until retirement age, where workers who are 65 and over are 6x more likely to suffer from a fatal injury.

The report also found that men are 23 times more likely to die in the workplace than women. While the cause of the findings could be attributed to the fact that men statistically occupy more physically intensive occupations (including construction and off-shore engineering) data was drawn from a wide array of occupations in which women also work in high volume. As a result, the statistic suggests that, on average, men are more at risk of suffering a fatal workplace injury across any industry or sector.

In response to the rate of workplace fatalities, the UK government introduced increasingly legislation in late 2015/2016 in an effort to take a hard line against reduce health and safety violations and ensure that organisations adopt a proactive, rather than reactive, approach to health and safety.

As a result, for cases tried in a magistrates court organisations can be expected to pay anywhere between £5,000 to £20,000. However, for cases that are tried in the Crown Court, fines are unlimited. Indeed, the new sentencing guidelines have caused the total amount in fines skyrocketed from around £40 million to £72 million in 2016/17.

See this infographic for more information.